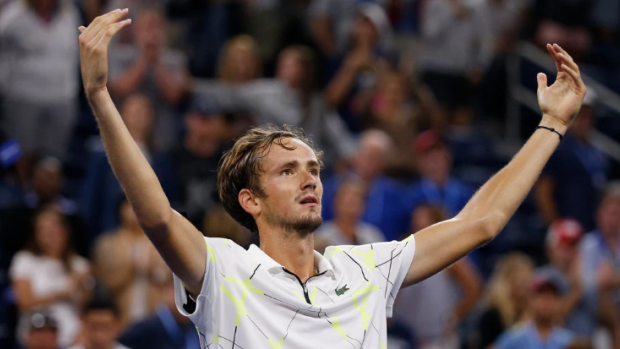 Daniil Medvedev had the whole tennis world standing and clapping on Sunday when he completed his long-awaited journey to a Grand Slam title. He defeated World No. 1 Novak Djokovic at the U.S. Open, creating a real full-circle moment that not many players can relate to.

That’s because just two years ago, on the very same court, Medvedev was public enemy #1 to the New York crowd.

Medvedev first made a negative impression on the crowd when he aggressively snatched a towel away from a young U.S. Open worker during the third round of the 2019 U.S. Open. He then sneakily flipped off the crowd, who had been booing him, inciting even more disdain.

His following matchups would bring even more hostility, but Medvedev kept winning. Eventually, he confronted the issue, giving a big address to the angry mob.

Let's be honest, this was the real moment when Daniil Medvedev became a #USOpen champion.pic.twitter.com/xCsBzIDpCw

Talk about embracing the role of villain. Fast forward two years, and he seems to have earned the respect of the New York crowd. Raising the U.S. Open trophy will do that, especially when you top it off with a hilarious FIFA celebration.