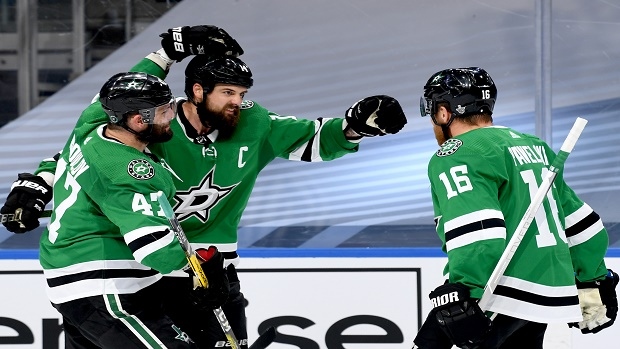 Jamie Benn scored 19 goals and finished with just 39 points in 69 games this year, his lowest totals since the 2012-13 shortened season, and the second-lowest totals of his career.

However, he’s looked more like the Jamie Benn from five years ago than the Jamie Benn from the most recent regular season throughout the playoffs and his play has not gone unnoticed. In 20 playoff games, Benn has seven goals and 17 points, and he picked up the game-winning goal in Game 4 on Saturday night.

Some hefty praise from Rick Bowness for his captain, Jamie Benn, who is having himself a remarkable postseason.

"He’s doing what you want your captain to do and that’s lay it on the line every shift and leave everything out there and that’s what he’s doing."

Stars fans have not been happy with Jamie Benn’s regular season performance the past two years considering they had gotten used to him averaging nearly a point per game, but he’s been back to his scoring ways this postseason on top of all the physicality and grittiness he provides on the side. And if they can come out of all of this with hockey’s most prized possession, they’ll forget all about the past two regular season.