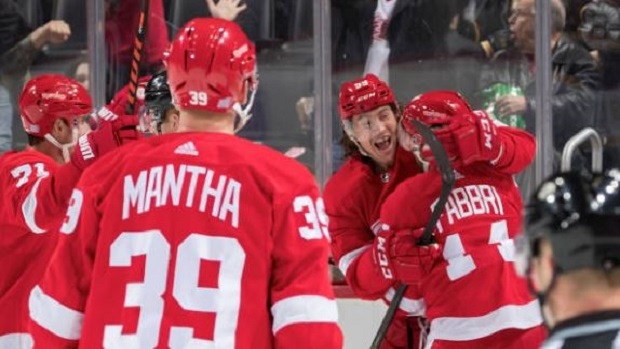 The St. Louis Blues selected Robby Fabbri with the 21st overall pick in the 2014 NHL Entry Draft but he was never really able to establish a true role on the team due to multiple injuries over the years.

As a result, Fabbri was traded to the Detroit Red Wings in exchange for Jacob de la Rose on November 6, 2019, and two days later he made the ultimate first impression in his Red Wings debut.

FABBRI'S FIRST AS A RED WING!!!

Fabbri scored his first goal with his new team to put the Red Wings up after the first period and he picked up where he left off by scoring his second of the night the following period.

After scoring just two goals in 32 games last year and one through his first nine games this season with the Blues, Fabbri made a fantastic first impression by scoring twice in his Red Wings debut , including the game-winner, and picked up the first star of the night.

First game as a Red Wing.
First star of the game.

Maybe the fresh start is exactly what Fabbri needed. ​