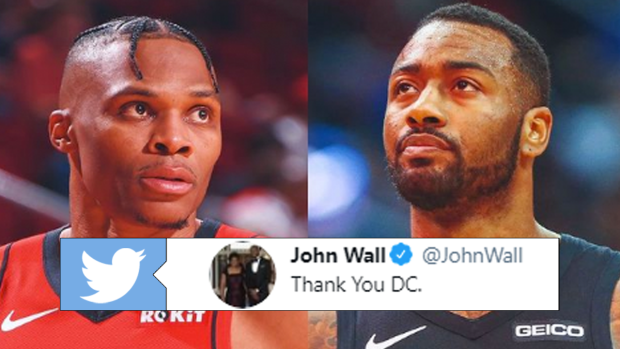 Russell Westbrook got his wish as he managed to get out of the Houston Rockets organization. Brodie never found the success he was looking for teaming up with James Harden, and he’ll have a chance to start over in D.C. after being traded to the Washington Wizards.

In return for Westbrook, the Rockets will receive another superstar in John Wall, along with a 1st round pick. Wall has only ever played for the Wizards and holds a special relationship with the city.

After the blockbuster was announced, both players took the time to pen a heartfelt letter to their respective cities.

It will certainly be interesting (and a little jarring) when these two teams square off against each other.