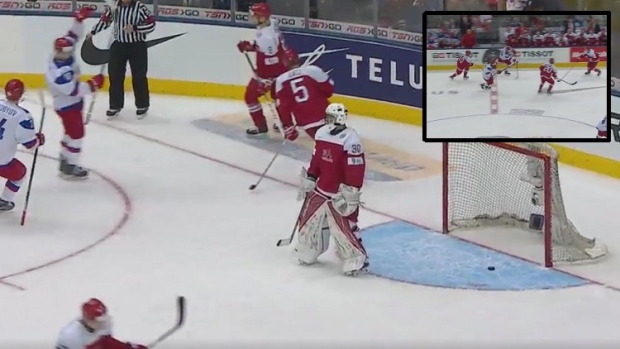 To have any chance of defeating Russia in their quarterfinal game Denmark needed to have their goalie in Vezina mode from the first whistle to the very last. That didn't happen. It took all of nine minutes for Lasse Petersen to make a critical error, allowing a soft goal to plop in from centre-ice.

Every goalie has there good and bad days, and to be fair to Petersen he only allowed one more goal before he was pulled at the start of the second period. There likely won't be a visor spray party in Toronto today.