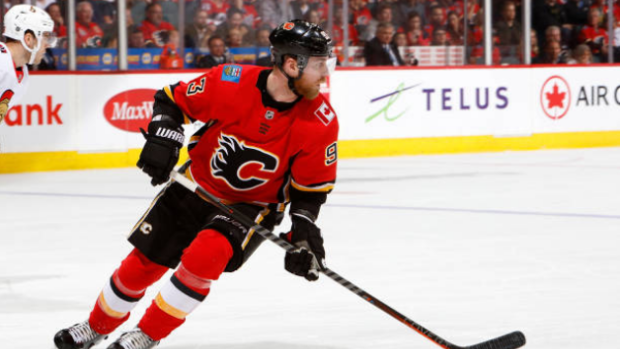 It wouldn't be the Stanley Cup Playoffs if facial hair wasn't at the aesthetic forefront.

Even though we won't see some of the most epic playoff beards until the middle rounds of the post-season, some players have taken a head start in the manscaping department.

Calgary Flames forward Sam Bennett has turned into a fan favourite in Cowtown for his workman-like attitude and prickly play out on the ice. Ahead of Game 1 between the Flames and Avalanche, Flames fans from the past and present will surely love Bennett's Lanny McDonald moustache that he's brought back for the playoffs.

The 22-year-old sported one earlier this season and based off the reaction from the fanbase and recognition from Lanny himself, he just had to rock the muzzy again after sporting a beard down the stretch.

“I mean … I definitely know (Lanny) noticed it earlier and said some good things, so that was definitely pretty cool,” Bennett said, per the Calgary Herald. “I like it, the fans like it, so I’m going to roll with it.”

McDonald was infamous in the Flames' playoff run that saw them lift the Stanley Cup for the first time in franchise history. The top-ranked team in the Western Conference are hoping to replicate the accomplishment 30-years ago, so perhaps the 'stache can work as good luck charm with Bennett having a strong post-season.

And you know McDonald is on board.

“Helluva starter kit he has going."