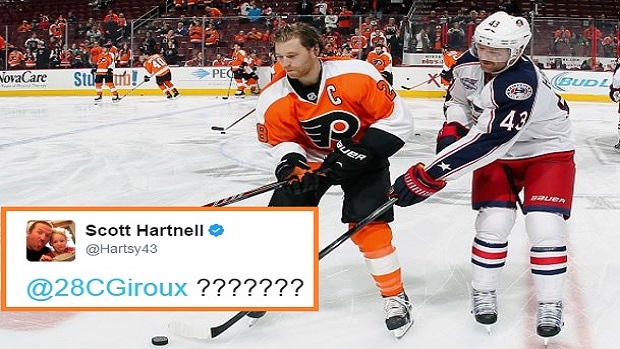 You might remember NHL players making friendly bets with each other during the last World Juniors.

Panarin said he lost $500 to Kane for the U.S. beating Russia in the World Juniors.

Auston Matthews said he's got one bet going with Mike Babcock, one with Mitch Marner over tonight's #USAvsCAN game

While it was fun to watch NHL players compete with each other in a way that didn’t involve them playing hockey, it looks like there’s a new friendly competition on the way.

If you’re wondering what the challenge is, here’s a closer look at the original tweet.

I'd take the challenge. pic.twitter.com/UtSPYvyWhw

Giroux has not yet responded to Hartnell’s challenge.