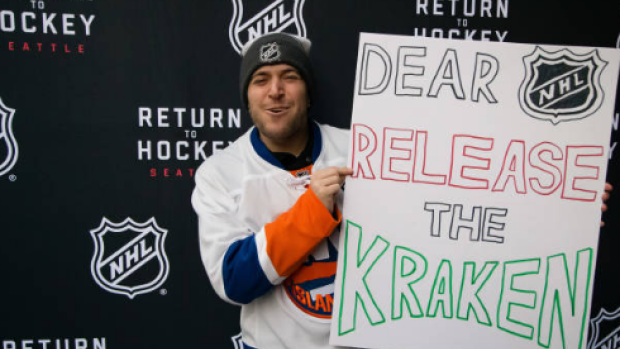 The 32nd NHL franchise has narrowed down their list of potential names.

We're still two years out from the team hitting the ice at the renovated KeyBank Arena, but the team is working hard being the scenes doing their due diligence. On Monday, the team's official Twitter account tweeted a photo from the Seattle Space Needle featuring signed envelope of the "final five names" in a time capsule that's set to be open in 2062.

For the @space_needle’s 100th anniversary time capsule, we were honored to contribute a very special object: a sealed envelope containing our final five names. 🤐🤫

The capsule will be opened in 2062. pic.twitter.com/CLtGm7ssQn

While we don't know any of the names, the team did survey fans on what they'd liked to be named around back in May, a website that has since become private. Perhaps once 2062 rolls around, we can finally know the list of the other names the organization considered!

What are the five team names that made the cut? We'll go out on a limb and say it's the Sockeyes, Totems, Sea Lions, Evergreens and Rainiers, but that's purely from a fun, speculation sense.

What do you think they should be named? Let us know in the comments!