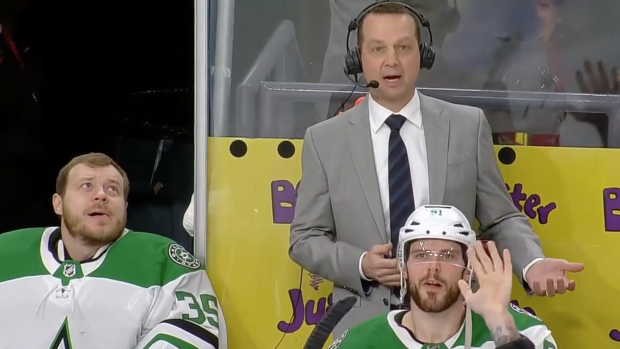 This is the best part of the regular season in the NHL because the trade deadline has passed and now we get to sit back and see what teams will benefit from the moves they made.

It's an intense time with so many playoff spots and seeding up for grabs.  Every night, it seems like there are so many meaningful games that impact the standings and that's all any hockey fan can ask for.  The Dallas Stars are one of the teams fighting for a playoff spot and as intense as the race in the West is, that doesn't mean the players can't be loose and have some fun.

Tuesday night, Tyler Seguin and Anton Khudobin had some fun during their assistant coach's interview and Seguin topped it off with some smelling salts to get set for the upcoming period.

#TylerSeguin had some fun interrupting his assistant coach’s interview 😂👋 . (🎥: @foxsportssw)

Unfortunately there weren't any smiles after the game as the Stars allowed three goals in the 3rd period and fell to the Golden Knights 4-1.

A tough one to swallow.

Dallas is still in a playoff spot, but that spot is now the final wild card spot in the Western Conference and if the Avalanche win Wednesday night, the Stars will be on the outside looking in.