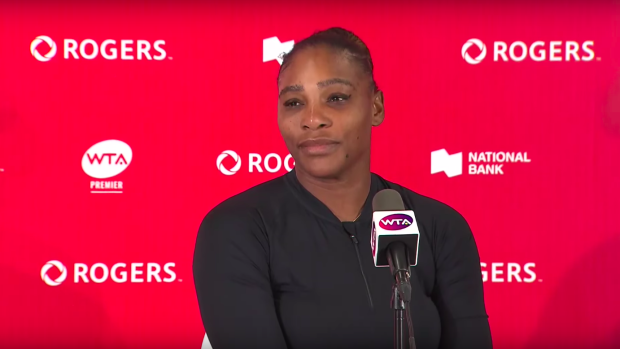 A highly-anticipated final at the Rogers Cup was unfortunately cut short on Sunday, when Serena Williams had to retire from the match in the first set due to injury.

Bianca Andreescu became the first Canadian to win the womens’ final in 50 years, but before celebrating her title win, she shared a special moment with Serena.

🇨🇦 Bianca Andreescu has defeated Serena Williams after Williams retired from the match in the first set. . Andreescu is the first Canadian woman to win the tournament in 50 years.

It was a classy gesture by Andreescu, and Serena had a lot of respect for her after the match.

Even though we didn’t get the head-to-head matchup that we may have wanted, you love to see sportsmanship like this.

#SerenaWilliams with the respect for #BiancaAndreescu 👏👏

In her full post-match presser, Serena also described Andreescu as a fabulous personality and an old soul wise beyond her years. The next these two face off will definitely be something to look forward to.