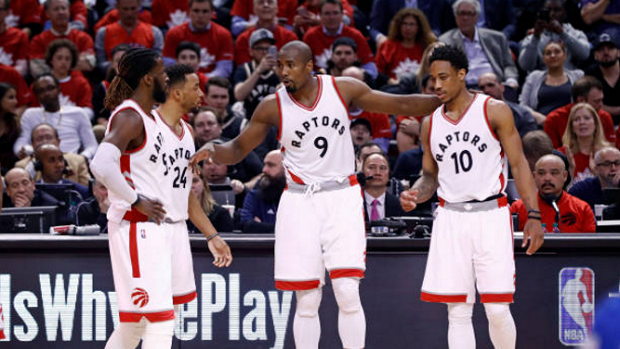 Serge Ibaka has been a huge addition to the Raptors this year, but he’s still a fairly fresh face for many Raptors fans.

There’s still a lot to learn about the team’s newest power forward. Obviously he’s a pretty big name in the NBA, so you may not be totally unfamiliar with him. You may know some of his stats and awards, like these from when he was traded to the team in February.

Still, there’s a lot to know about Serge Ibaka the man. Consider this, did you know how many kids are in the Ibaka family? It’s a lot. It’s 18. That’s three more than the Raptors have roster players right now.

It was one of the most interesting stats for the Oklahoma City Thunder for a while, as Steven Adams also has a huge family.

Steven Adams has 17 siblings, but that's only the second most amongst OKC players. Serge Ibaka has 18.

That’s not totally accurate as it’s actually the totals of the kids in their family, still pretty amazing. Only two of the other kids names are out there, his brother Igor Ibaka and his sister Rachina Ibaka. On top of that, he only really grew up with 10 of them according to an interview with NewsOK.

In that same interview he mentioned he really enjoyed growing up in a big family.

“I liked growing up in a family atmosphere. Family pride is very important to me, which is also a common thing in Africa. You grow up with a strong sense of family…We took care of each other.”

We’re sure there are many other mysteries that would be interesting to uncover about Ibaka, but for now, you know that he grew up in a family where he could have played a full five-on-five game with his family. Lots of potential for practice!

His brother Igor may have got some of that same practice, because he currently plays university basketball in the States.