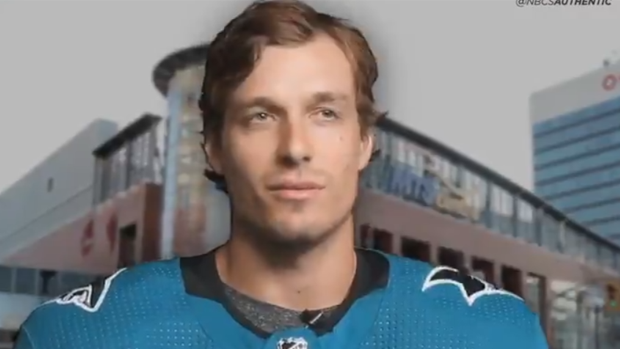 San Jose Sharks players were asked about which city was the worst to play in and several of them had the same answer: Winnipeg.

The criticism was mainly weather based, but Tomas Hertl did take things a little further. The video features Hertl, Justin Braun and Tim Heed, who all mainly focus on one thing: The weather. Braun takes things a step further when he calls out the hotel and wifi in the city, but mainly they’re focused on the cold.

There’s no doubt that Winnipeg residents will take the cold as a point of pride. As we do in places all across Canada, it becomes a unifying characteristic for people. And unify they did, after Winnipeg handed the Sharks a 4-1 loss. Fans came out in full force to make sure they got their shots in after thinking of another reason the Sharks might dislike the city.

San Jose Sharks say Winnipeg is the worst place to play in the league. The Fairmont Winnipeg is sketchy, no WIFI, no Internet. The city is dark and cold. It is devoid of life and filled with a bottomless pit of awfulness. Oh, and they can't beat the @NHLJets .

☝🏽 They don't call us WINnipeg for nothing ✌🏽 pic.twitter.com/ZZ2Z3dqexn

weird! i can’t seem to see the sharks in that pic pic.twitter.com/miGKN6Rgpa

Well looks like we are also going to give you a cold shoulder and a loss. Enjoy both. Posted via wifi.

Ultimately, the Sharks shouldn’t mind Winnipeg, because they actually seem to play pretty well there. The team is 7-2-1 in their last 10 games visiting Winnipeg. Either way, we’re sure they didn’t mean to offend anyone, and the people of Winnipeg know how to take a joke – the only thing is, they prefer it when it comes from one of their own.

HOW DARE THESE SHARKS BAD-MOUTH WINNIPEG FOR BEING "COLD" AND "DARK" THAT'S OUR JOB, DAMMIT. https://t.co/iIzZuC7pO9

We’d hate to see the Sharks handle standing on the corner of Portage and Main on a cold winter’s day. Avs reporter Kyle Keefe can tell you all about that.

The Colorado Avalanche broadcast is doing wonders for selling Winnipeg as a travel destination. pic.twitter.com/DBbf1ifj4a