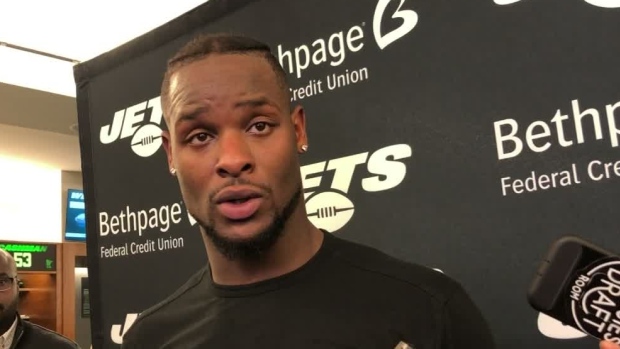 Things haven't gone as planned in New York for running back Le'Veon Bell.

The Jets running back missed the team's game against the Dolphins on Sunday with the flu.

Head coach Adam Gase was not happy when he found out that the night before their game, Bell went out bowling on Saturday night.

Bell didn't have any qualms about being called out and even went as far as saying that he didn't feel bad that he bowled after not practicing on Thursday or Friday.

"I didn't break any rules. I wasn't a distraction until now."

Le’Veon Bell says he is surprised about the hub-bub about his bowling trip: “The bigger surprise is I bowled a 251 off the flu. ... Career-high.”

Bell felt fine to play but said that the team's training staff was worried about his energy and hydration levels after dropping nine pounds.

The Flu Game for @LeVeonBell: He bowled a 251 on Saturday night.

"They advised me to get out of the house and move a little bit. I had a lot of family and friends there because they were expecting me to play. Everybody was at my house, just kind of looking at me. I felt better, I felt a lot better, so we went out bowling and had fun.”

Speaking with ESPN, Gase explained that from an optically perspective, it reflected poorly on Bell and the organization.

“That wasn’t his fault that we said he’s still contagious,” Gase added. “I mean, that’s what the doctors told him. I’d rather him not be [bowling]. I’d rather him be at home, getting better. But that will be a conversation we have.”

So, what does Gase do from here?

“What am I going to discipline him for? I can’t tell him, ‘You have to stay in your house.’"