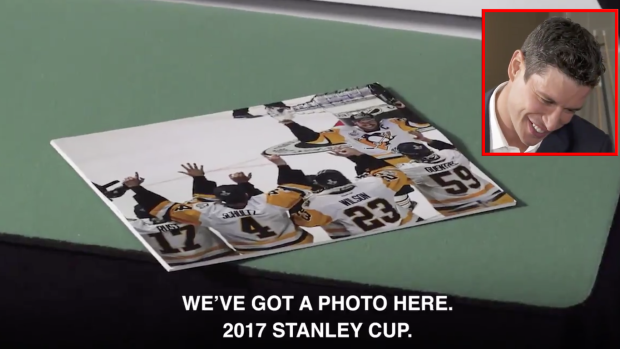 Magic is fun and it's even more enjoyable watching professional athletes suspend belief and indulge in something that can be enjoyed at any age.

This season, the NHL has been sharing videos with the world of magician Justin Flom blowing the minds of the best players in hockey and the latest trick featured Sidney Crosby, who couldn't believe the trick Flom pulled on him.

How is that even possible?  Random numbers and birthdays, and not only did the numbers match up, but they did so in the exact order that the players appeared in in the original picture Sid signed.

If that trick blew your mind, then you'll love the other tricks Flom has done with a number of hockey stars from around the league.