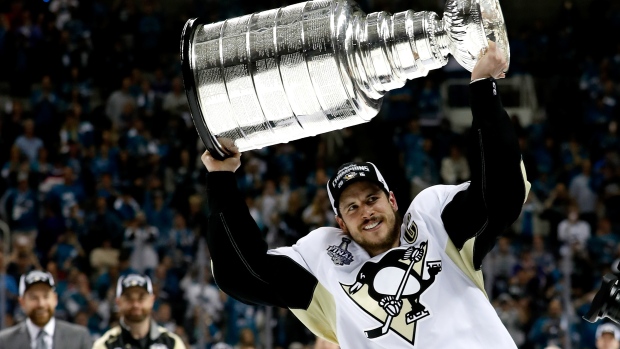 Friday's NHL Draft Lottery is still the talk of the hockey world, and rightly so considering how things played out.  The Red Wings finished with their fewest wins as a franchise (17) since the 1985/86 season.

Unlike after that season, though, Detroit won't be picking first in the next NHL Draft.  Instead, it will be one of the teams eliminated in the play-in round, or placeholder if you will.

My live reaction to the 2020 NHL Draft Lottery for the Red Wings. pic.twitter.com/woFa473Kbb

We all know the Red Wings were in desperate need of that No. 1 pick, but, and here us out, that first pick RARELY equates to Stanley Cup success.  In fact, since 1980, only 8 first overall picks have gone on to win the Stanley Cup.  For those doing math at home, that's a 20% success rate.  So, little game for those reading, can you name those 8 players?  Take a few minutes before scrolling down and make your guesses.

mario lemieux, the only man to lift the cup all five times with the penguins pic.twitter.com/l8ofr4J14q

Sometimes, first overall picks don't win a Cup with the team they were drafted by.  That was the case for Joe Murphy, who won it all after being traded by Detroit to Edmonton.

Looking back at it, the 1988 draft class was loaded with talent and Mike Modano lived up to the hype by helping deliver a Stanley Cup to Dallas.  Not to be outdone, Rod Brind'Amour and Teemu Selanne (the ninth and tenth picks respectively) both hoisted Cups during their careers, too.

On this day in 1998, the #TBLightning take Rimouski (QMJHL) centre Vincent Lecavalier 1st overall in the NHL Entry Draft. While not quite matching his owner’s hype as “The Michael Jordan of Hockey,” Lecavalier does go on to become a Stanley Cup champ, All-Star and 50-goal scorer pic.twitter.com/JPqspo5x77

He wasn't the Michael Jordan of hockey, but Vincent Lecavalier delivered for Tampa Bay in every respect imaginable on the ice.  He and teammate Brad Richards, who was also drafted in 1998, helped put the Lightning on the map with a Cup win in 2004.

One game to win the @StanleyCup.

Which goalie are you taking? 🤔 pic.twitter.com/l6yJup08z1

It's rare that a goalie is selected first, but Marc-Andre Fleury proved to be more than worthy of the selection winning 3 Stanley Cups with the Penguins before leading Vegas to the Cup Final in his fist season in Sin City.

It took Ovi a lot longer than anyone expected, but he finally won a Stanley Cup in 2018 and for arguably the greatest goal-scorer of all-time, it was a long time coming, but more than deserved.

You knew this one was making my Top 10 of 2016: Sidney Crosby raises the Stanley Cup in front of a garage full of Pens fans in #Pittsburgh pic.twitter.com/uUmQfzHY0m

3-time Stanley Cup champion.  One of the greatest players of all-time already.  Sidney Crosby was that once in a lifetime player every franchise dreams about drafting and the Penguins just so happened to be that franchise.

1 of 4 Americans to EVER win the Conn Smythe Trophy. 🏆

Patrick Kane in 2007 was the last first overall pick to win a Stanley Cup.  Simply put, it's been a little while.

Yes, selecting who you perceive to be the best player in the draft certainly gives you the best chance of future success, but the miss rate is so high and there's so much more that goes into winning than just getting the first pick in the draft.