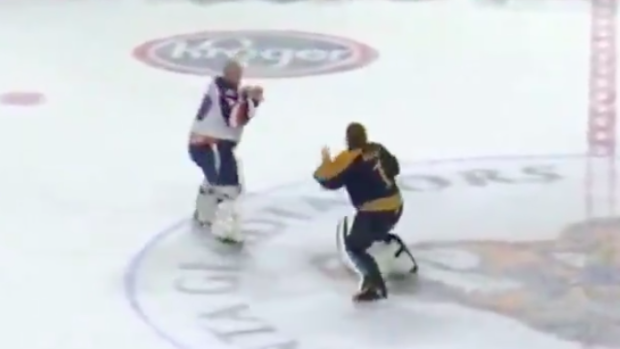 What’s gotten into the ECHL recently?! Just earlier this week, we saw Jacksonville and South Carolina goalies Michael Mcniven and Logan Thompson go at it, and Saturday night followed up with yet another goalie fight.

It's the sport where they let you fight. Might as well get your money's worth.

Hopefully Bonar has better luck next time! Make no mistake, when it comes to goalie fights, we’re always down for a next time. Maybe this one wasn’t his best showing, but hey, it's always appreciated whenever a couple of tendies decide to pair up and do the thing.

Here’s that other ECHL goalie fight we were talking about, just in case you haven’t gotten your fill yet. We get that.