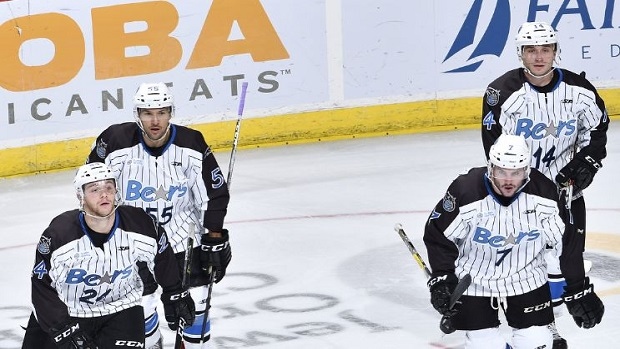 We love when teams host special theme nights, but they’re even better when the team goes all out with special edition jerseys for the night.

This past weekend, the ECHL’s Orlando Solar Bears showed some love for the other team in town, the Orlando Magic, with a special night dedicated to the NBA franchise.

The Solar Bears played the entire game against the Florida Everblades in some special jerseys inspired by the Orlando Magic’s original jerseys they wore throughout the 90’s and they might be one of the nicest collaboration jerseys we’ve ever seen.

Since the Magic were off on Saturday night, there were plenty of team representatives in attendance to add to the special night.

The players weren’t the only ones showing some love for the NBA franchise on Saturday night as the Solar Bears also sold Magic inspired shirts in the team store the night of the game.

Loving the Magic themed Solar Bear shirts! I got mine! @OrlandoHockey pic.twitter.com/cCp9zx1lcq

We’re all for these Orlando Magic inspired Solar Bears jerseys and we wish more teams would do things like this.