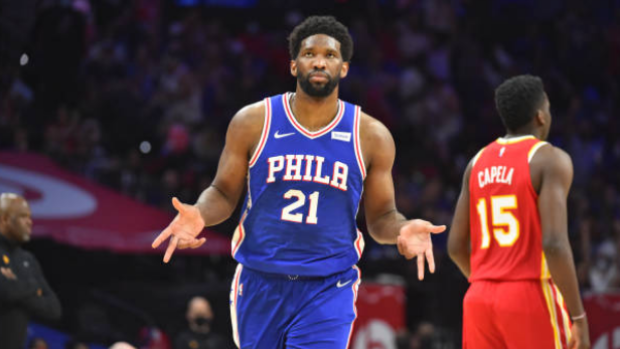 The Philadelphia 76ers entered halftime of Wednesday’s Game 5 against the Atlanta Hawks feeling pretty good. They outscored the Hawks 62-40 in the 1st half, and it looked to have all the makings of a blowout.

Even heading into the 4th, the Sixers still held a 17-point lead over the underdog Hawks. When all the dust settled, however, the Hawks had grabbed the 3-2 series lead.

🤫 The Hawks take a 3-2 series lead headed back to Atlanta for Game 6! 🤫 pic.twitter.com/zmx2CymVzX

Tip of the cap to the Hawks, who stayed poised and composed enough to mount the comeback. That’s not really the story, though. The Sixers absolutely collapsed.

We can’t believe it either… pic.twitter.com/D2Uh11g8pb

I can’t really believe what I’m seeing: Joel Embiid and Seth Curry were the only Sixers to make a basket in the second half. pic.twitter.com/2c5yijUn5r

In the second half:

Only Joel Embiid and Seth Curry made a field goal for the Sixers after halftime. pic.twitter.com/q1cqEBCdcx

Embiid (37 points) and Curry (36 points) combined for 73 of the Sixers’ 106 points. They were the only two players wearing Philly jerseys to score double-digit points, with Ben Simmons and Furkan Korkmaz were the next highest-finishing Sixers with 8 points apiece.

Series now moves back to Atlanta, so Philly better bring their A-Game.