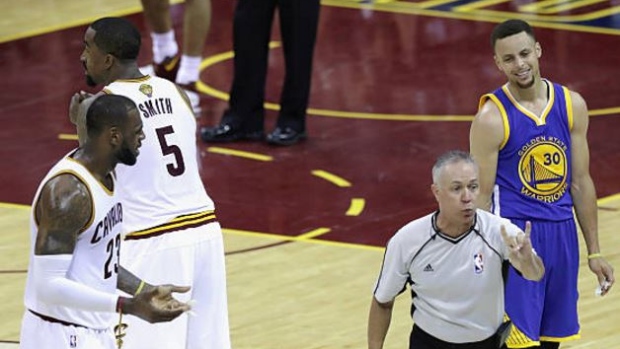 The Cleveland Cavaliers have not looked like defending champions as of late.

By the Numbers: Cavaliers' March slide

After suffering their fifth loss in seven games, LeBron James spoke out about the Cavaliers and the position they’re in right now. But it wasn’t his quote that got all the attention, it was a certain “like” that got people talking.

Steph Curry appears to be enjoying the Cavaliers’ recent struggles, considering he liked the picture on Instagram centered around James’ quote and the Cavs’ brutal play as of late.

The Warriors went on a similar brutal stretch of their own at the end of February and into March when they also ended up losing 5 of 7 games, but James wasn’t double-tapping any photos involving the Warriors’ struggles back then.