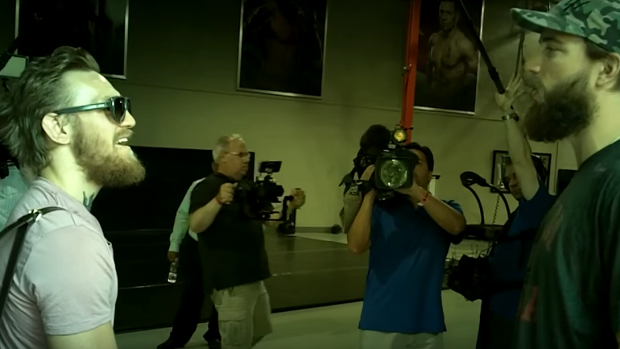 March 9th is a significant day as one of our favourite athletes here at BarDown, Brent Burns, was born on this wonderful day.

Burns, who turned 32 Thursday, is enjoying a season for the ages this year as he has 27 goals and 67 points in 65 games going into the game against the Capitals.

If Burns can get nine more points, he'll set a new career high, and he's just one goal away from setting a career high in that department.

Looking back, it's pretty incredible to see how Burns has evolved in his time in the NHL, and we're not just talking about his facial features.

Burns was a solid player with Minnesota, but his career didn't really star to flourish until he got to San Jose, and even then, he played a bit of forward before becoming a staple on the San Jose blue-line.

With it being Thursday and Burns' birthday, here's a wonderful throwback video of the bearded one chatting it up with Conor McGregor about fighting in hockey.

(Warning: Video NSFW due to language)

This clip was back in 2015, and aside from talking with McGregor, he also watched him train.

While Burns isn't much of a fighter (career high 98 penalty minutes in 2010-11), he is a fan of McGregor, and the two would make for a dynamic duo on the ice or in the ring.

Speaking of ice, Burns and the Sharks face the Capitals Thursday night, and we imagine there's no place Brent would rather be celebrating his birthday.