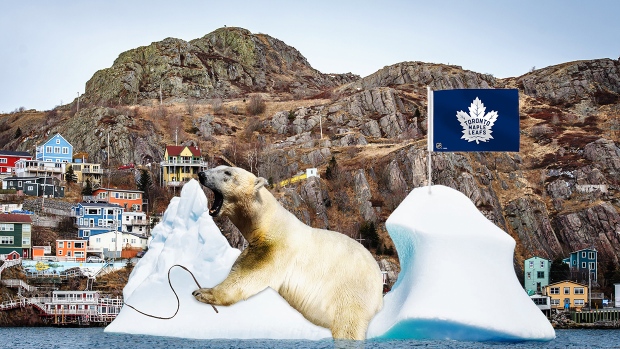 Professional hockey is coming back to the province of Newfoundland.

One of the ECHL’s newest teams will be returning to the Mile Once Centre in St. John’s for the start of the 2018-19 season.

According to Brendan McCarthy of The Telegram, the organization had narrowed down their list of potential names by registering the Shamrocks, Growlers, Storm and Regiment trademarks back in the middle of March. McCarthy also points out in his piece that the names Capitals, or Caps where also considered as well as the Maple Leafs.

The team name they’ve settled on?

A trademark application was made with the USPTO on Monday, to officially register the Newfoundland Growlers as the name for the new ECHL team in St. John's. pic.twitter.com/TDl6YXzsTj

The St. John’s Maple Leafs played at the Memorial Stadium from 1991-2001 before moving to the Mile One Centre for 2001– 2005 when they were the AHL affiliate of the Toronto Maple Leafs before the team moved the team to play at the Richoh Coliseum as the Marlies.

The name Growlers can be refered to as a polar bear as well as a detached iceberg.

The club will reportedly become the ECHL affiliate of the Leafs; the Orlando Solar Bears are the current ECHL affiliate currently coached and managed by former Leafs first rounder Drake Berehowsky. The Leafs will be in charge of naming the coach and hiring team personnel.

A few weeks back, the Newfoundland newspaper speculated that the club could fill out its roster with players from in and around the Maritimes. The club will be owned by Deacon Investmans, a local Newfoundland company run by Dean MacDonald.

The club will play a minimum of 36 games per season for three years inside the league’s North Division along with the Maine Mariners, who also have been granted a team. Former IceCaps president Glenn Stanford will handle all the team’s operations.