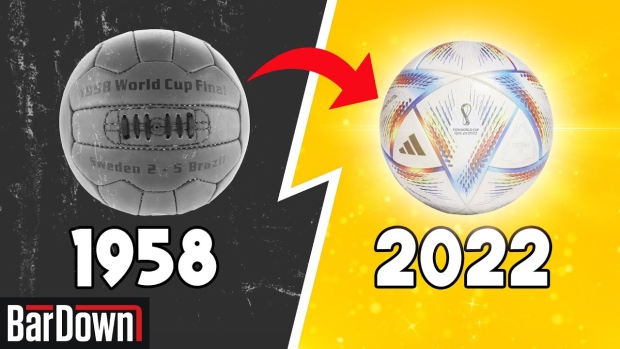 World Cup after World Cup fans and players alike anticipate the results of what Adidas has come up with for the competition. Will it knuckle? Will it fly? Look no further because DZ and Corwin put it to the test with some help. Canadian Men’s National Team players, Mark-Anthony Kaye and Jonathan Osorio joined the guys to see which balls performed the best while also taking the 2022 Al Rihla for a test drive. All while Corwin tried to keep the balls out of the net- the keyword here is tried.

Mark-Anthony Kaye and Jonathan Osorio start off with trying out the Adidas Azteca, the World Cup match ball from 1986- the year Canada made it to the tournament for the first time. Also going on to try the Jabulani (2010), the Top Star (1958) and of course Al Rihla (2022). While they had some complaints about the older balls, it’s safe to say they were liking Al Rihla.

Hopefully we all learned something new today, we know we did!

And what is that you ask? That it’s fascinating how much the World Cup match ball has advanced from the original 1970 Adidas Telstar to the 2022 Adidas Al Rihla.