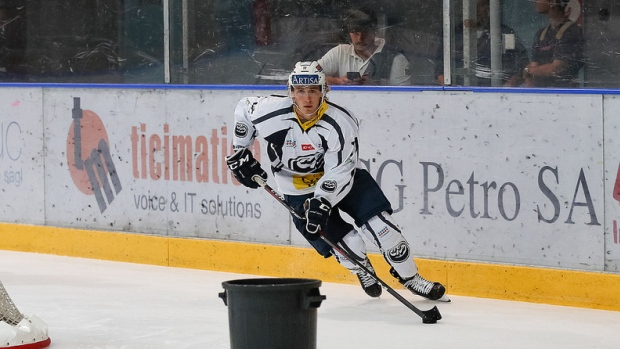 Bucket on the ice , h/t heshootshescores.com

Well, here’s an unusual one. During a preseason game between Swiss hockey teams HCB Ticino Rockets and HC Ambrì-Piotta, there were circumstances that almost forced a cancellation of the game. Keyword: Almost.

Due to water dripping onto the ice from the ceiling of the arena, a bit of creative thinking was required to work around the issue, but hey, they did manage it. Here’s the fix, in all of its glory.

Better behind the net than in open ice, we suppose, but that bucket is still in prime territory near the goal. Looks like one lucky team is going to benefit from one extra defender! Unfortunately, there wasn’t any video of the game that we could find, but we would’ve loved to see what hockey with a bucket on the ice looks like.

Maybe they just should’ve taken the initiative there and sent a few guys up to the roof to patch things up!

Nope. No way. Nope. I don't care how badly you need your roof fixed. #BlueJays . (via @espn)