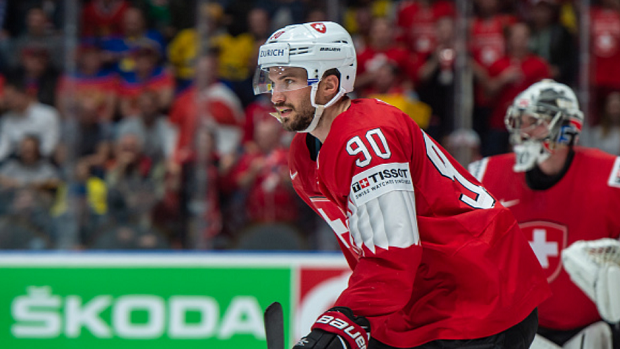 The NHL Global Series has touched down in Stockholm, Sweden, where the Buffalo Sabres and the Tampa Bay Lightning will face off for a two game series.

Today, the NHL has announced their plans for the 2020 Global Series, which will include the Boston Bruins, Nashville Predators, Colorado Avalanche, and the Columbus Blue Jackets. The teams will participate in overseas fun, which will see Boston and Nashville complete their training camp in Switzerland, then begin their regular season in the Czech Republic, and Colorado and Columbus play a series in Finland.

These games are, of course, special and valuable to the league and growing the game on a global scale, but especially to the players that happen to hail from those parts of the world.

Preds captain Roman Josi, along with teammate Yannick Weber, who both come from Bern, are especially excited about the news. Josi had this to say about the upcoming Global Series, per NHL.ca:

"We are proud of what our franchise has accomplished over the past couple seasons and now are lucky enough to play in not only the Winter Classic, but in the Global Series too. We are all honored that we get the chance to play in Europe and everyone on the team is excited for the opportunity..It's really great for me and Yannick to get to play a game in Bern. Before coming to North America, Bern was the only team I had ever played for growing up, and I watched them play when I was little. I grew up five minutes away from their rink and it's my hometown club - it's going to be so special for me, and I can't wait for the game."

It’s been a pretty great couple of weeks for Josi, who not only got the news that he'll get to play in front of a home crowd, but also recently signed an eight-year extension with the Preds.

"It's a first-class organization. I love my teammates here."@LyndsayRowley caught up with @PredsNHL captain Roman Josi after he signed an 8-year contract extension. pic.twitter.com/XZWOXuJxHI

Sounds like a great way to start a season.