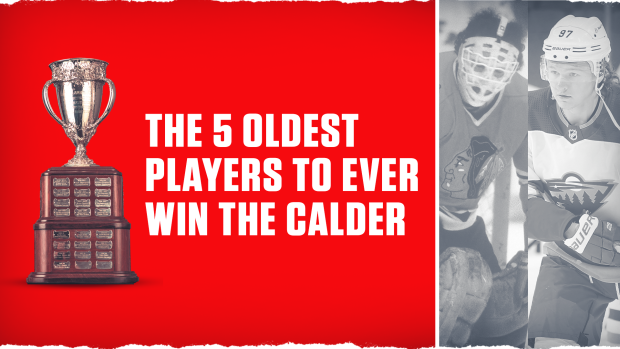 Kirill Kaprizov is set to turn 24-year-old in two days.  That's not your typical age for a rookie in the NHL, but Kaprizov hasn't had a typical journey getting to this point.

The Wild forward was drafted in the 5th round in 2015 and prior to coming to the NHL this season, he spent 6 seasons absolutely lighting up the KHL.

Kirill Kaprizov scored twice in Friday night's 4-2 win over the Kings to extend his goal streak to four games in a row. He's already set the rookie franchise record with 21 goals this season. Kaprizov opened the season at +400 odds to win the Calder Trophy. #Wild20 pic.twitter.com/fb2ScJ1H2C

His dynamite play has carried over to the NHL (he scored 2 more goals Friday night) and he's not helped the Wild all but ensure a playoff berth, but he's the favourite to win the Calder as the league's Rookie of the Year.

Now, Jason Robertson of the Stars might have something to say about that, but for the time being it's some fans having something to say about it because of Kaprizov's age.  24 is old for a rookie, but the requirements to win the Calder are cut and dry.  Age isn't a factor and as you'll soon see, Kaprizov is actually on the younger side of the oldest players to ever win the Calder.

First "full season" is a big requirement when it comes to the Calder, especially in this case because Tony Esposito played 13 games for Montreal the season prior to winning the Calder.  Chicago claimed the goalie on waivers in what was known as the "intra-league draft" and he went on to set a modern day NHL record with 15 shutouts in his rookie season.

He also won the Vezina and was a runner up for the Hart Trophy.

For everyone asking: no. 19 is Kent Douglas, first defenceman to win the Calder Trophy. https://t.co/diX9iOvLCq

Kent Douglas made history as the first defenceman to ever win the Calder.  He was also 26 at the time of winning it.  Based on Douglas' path to the NHL, it's clear it took players during this era longer to make it to the league.

Douglas spent 7 years in the AHL and WHL before joining the Leafs in 1962.  He made his first season count, though, with a Calder and Stanley Cup.

ON THIS DAY in hockey history (August 9, 1930): The late winger Larry Regan was born in North Bay, Ontario. The 1957 Calder Trophy winner played 280 NHL games for the Bruins/Leafs + coach/GM for the Kings (1970-73) before his death in 2009 #Vintagehockey #NHL #RIPLarryRegan pic.twitter.com/pSNmm2xAAF

At the time, Larry Regan was one of the oldest players to ever win the Calder at 27.  Regan played in the minors from 1947 to the 1955/56 season.  In his first season with the Bruins, Larry posted 33 points.

1948 Calder winner Jim McFadden, who was 27 that season, is the PotD https://t.co/1ChgKcD5hQ pic.twitter.com/vopHgPk038

McFadden was signed to the Red. Wings during their playoff run in 1947 and the season after, he wont the Calder at 27 with a 48-point season which included 24 goals.

In 1979/80, Wayne Gretzky was ruled ineligible for the Calder because he had played in the WHA, in 1990 Sergei Makarov was named ROY at the age of 31 and the rule was adjusted to make only players 25 and under eligible. I think the criteria should be adjusted again.

Sergei Makarov changed the rulebook on the Calder criteria eligibility.  Makarov was 31 when he won the trophy thanks to an 86-point rookie campaign with the Flames.  Prior to that season, the 12th round pick in 1983 spent 11 seasons playing in Russia.

After he won the Calder, the rules changed to "a player must not have attained his 26th birthday by Sept. 15 of the season in which he is eligible."