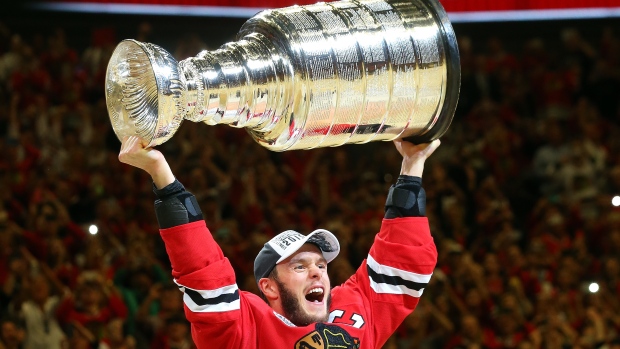 Every year, hockey fans have a pretty good idea of what teams will be in the playoffs competing for a Stanley Cup.

The Blackhawks and Penguins, for example, are two of the first teams people will mention when discussing which teams will make the playoffs and could win the Cup.

Unsurprisingly, those two teams have two of the longest current playoff streaks in the NHL and they're the only teams that have won the Cup over the course of their streaks.

The Wild have had a ton of regular success over the past five seasons, but it hasn't carried over to the playoffs just yet as they haven't been past the second round over the course of their streak.

Like the Wild, the Ducks haven't won a Cup during their playoff streak, but they have made it to the Conference Final twice with the last appearance coming last season.

The Blues' streak almost ended last season, but when Mike Yeo took over, his team went 22-8-2 down the stretch to make the postseason.
Unfortunately St. Louis' playoff run was short lived as they lost in the second round.

One of two Eastern Conference teams on this list, the Rangers came closest to winning a Cup in 2014 when they made it to the Final for the first time since 1994, but they lost to the Kings.

Three Stanley Cups in nine years is all you need to know about Chicago's incredible postseason streak that doesn't seem like it will end any time soon.

The Penguins have made the playoffs every year since Sidney Crosby's rookie season and they've won three Cups over that span.

This season, the Pens will try and win a third straight Stanley Cup.

Can #SidneyCrosby and the #Penguins pull it off again next season? 🤔