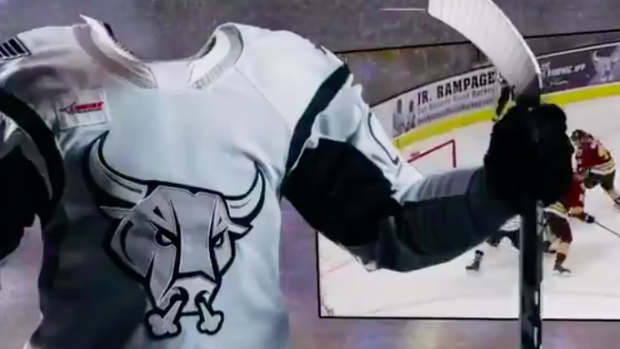 The San Antonio Rampage are celebrating 25 years of hockey in San Antonio.

So, as a fun twist on the throwback concept, the Rampage are going to wear three different jerseys for their game on Friday: The Iguanas, the Dragons and their own, switching it up each period.

Great throwback tarps are nothing new, but wearing multiple different ones in a single game? Yes, you have our attention.

We’re not sure if this would be confusing at all for the opposing team, but, like, it’s cool enough to be worth it. A historic occurrence!

Breaking the previous record of two different uniforms in a single game set by Team USA at the 1993 Junior Goodwill Games https://t.co/VAK6WFF5de