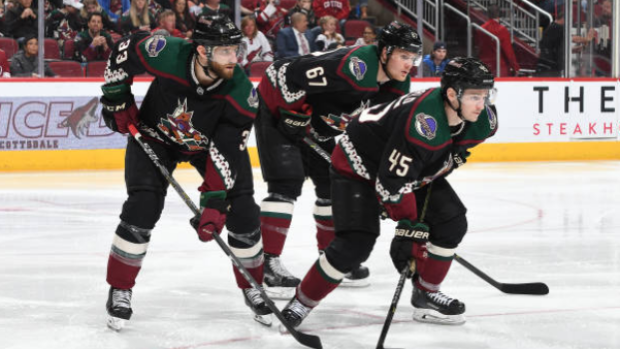 For years now, hockey fans have urged the NHL to relocate the Arizona Coyotes for its spotty attendance issues, shaky ownership and  lack of success on the ice.

But if you were to look the 'Yotes 2018-19 season, it could be drafted up as a success both on the ice surface and away from it all in terms of revenue and popularity.

According to Ben Norman of Chamber Business News, the Coyotes just had their most successful season in franchise history from a business perspective.Norman notes that the team set a record for ticket sales, year-by-year revenue growth and an overall spike in attendance of 7 percent compared to the 2017-18 season. Furthermore, premium seat purchases jumped up by 21 percent and TV ratings climbed 26 percent.

In terms of team performance, the team finished with 86 points and missed the playoffs by only four, which is pretty incredible considering they had their 3rd highest amount of man games lost due to injury.

11 of the 16th least injured NHL teams made the playoffs.

Only 5 of the 15th most injured made the playoffs pic.twitter.com/5WmPHdLZeS

Growing the game in an unconventional hockey market is obviously the top priority, and when fans attended Gila River Arena, beverage and merchandise sales grew by 16 and 23 percent, respectively.

“We had previously been focused on marketing to avid hockey fans, but the reality is that’s not a good way to expand a fanbase,” CEO Ahron Cohen told Norman. “You have to go out and attract and reach new people. That’s what we worked really hard on this past season, and I think it really resonated with our fans.”

“Every little thing matters with this team,” Cohen said. “We got 16 more points than we did the season before, we were more deliberate about our message within the community, and we were very aggressive in terms of providing inclusiveness with people in this community, and really widening the tent for people to get involved in the team.”