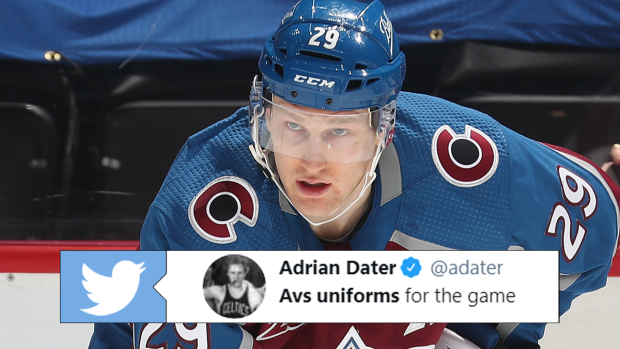 If you were to associate one colour with the Colorado Avalanche, which colour would it be?

Maroon is the primary colour on their home jerseys, and clearly the most prevalent on their away jerseys (other than white)… it’s got to be maroon, right?

Well, up until Wednesday that was the case. It may still be, but it’s not quite such an obvious. The Avs debuted their new look during Wednesday evenings game against the St. Louis Blues and it was notably more blue.

The pants, the helmet, and the gloves all matched the blue shoulders of their home jersey, resulting in a notably different look than the previously used black equipment.

Avs uniforms for the game pic.twitter.com/XDT0DBuvcv

The new look brought some mixed reaction. Some thought it was too blue, others liked some of the changes but not all, while others thought it actually looked pretty good.

I like the pants and gloves, the helmet is going to take some getting used to

Damn, this blue would look so much better if it was darker

I think they look pretty sharp.

The Blue helmet is a different look for sure

This is a one time thing right? Those are horrid.

Well, the jury is clearly out. Sometimes it can be a little jarring to see a new uniform for the first time, but this is a particularly jarring look.