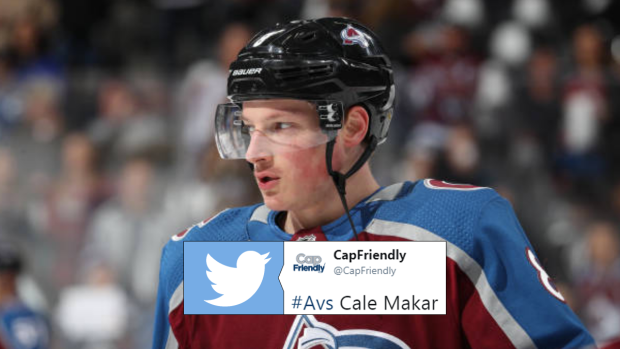 Cale Makar has been a pleasant surprise for the Avalanche and their fan base, but he received something special himself after Colorado’s Game-Six victory.

Makar has six points in nine playoff games, with the last one coming on the goal that clinched the win for the Avs in Game Six. He also happens to be one of the players that takes the odd route of starting their career in the playoffs, which meant he didn’t receive a salary for the regular season. Instead, he got a $92,500 signing bonus and has certain game totals that will earn him a couple of extra bucks.

Game seven will be his tenth game of the postseason, earning him another $107,500 (Plus the other bonus from five games played).

It has to feel nice coming straight out of earning no money in college and getting some extra cash to kick off his summer. Of course, he’s probably more excited about continuing to play hockey. And if he keeps playing like this, he probably won’t have to worry about money for a long time.

People thought he had a pretty good month when he was just making his debut. Now add scoring in his first game, moving on to the second round, assisting on a season-saving overtime winner and playing in his first Game 7.

Thursday: Plays (and wins) in the National Semifinals

Saturday: Plays in the National Championship

Monday: Set to make his NHL debut in a playoff game in his new home against his hometown team.. pic.twitter.com/VHIr4oNMmt