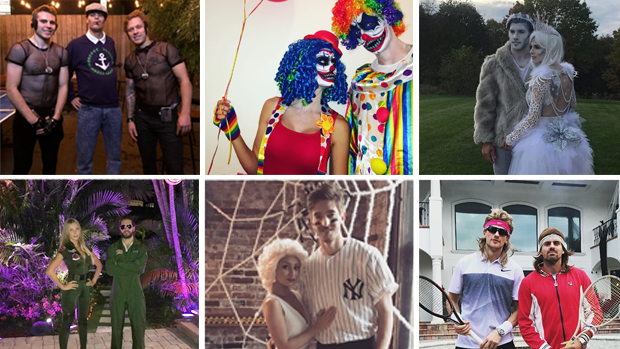 Halloween might be hockey players favourite event as the year, as they always seem to go all out on their costumes.

With their hectic schedules, they’re not always able to do the celebration on Halloween or even the weekend before, so we always seem to get a couple early parties in October. We’ve already seen Patrik Laine dress up as an angel, but there were also parties with the Bruins, Lightning, Penguins and Avalanche.

Here were the best posts from each of their Halloween parties so far.

Halloween craziness is on! Thank you to some really talented students of the Art Institute of Pittsburgh. @tylerulensfx @riss_fx #fauxfur

“it doesn’t matter if you win or lose, it’s what you do with your dancin’ shoes” 👞

My hot girlfriend and I last night 😍❤️!! #halloweenparty #inmates

Legends of the clay! Andre Agassi and Bjorn Borg.

Thank you to @buschgardens and @howloscream for hooking @dotcho4 and I with our costumes! #FacedMyFear

While Kris Letang and Cathrine LaFlamme’s costumes have to take the award for most elaborate, costumes, we have to give David Pastrnak and Jacob DeBrusk credit for their versions of the Butabi Brothers from A Night at the Roxbury.