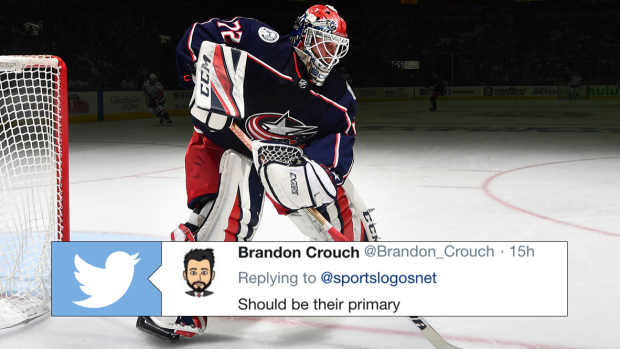 If there's one thing hockey fans missed last season, it was alternate jerseys.

The 2017/18 season was the first with Adidas running the show in regards to jerseys and after a season in which teams didn't have any alternate jerseys, there are a number of teams that are expected to have one for this season.

The Columbus Blue Jackets are one of those teams and as per Chris Creamer of SportsLogos.net, they're brining back the cannons for the upcoming season.

The Columbus Blue Jackets are bringing back the cannon jerseys as their 3rd jerseys next season.

One of my personal favourites. pic.twitter.com/TIBpvG3725

While the team hasn't made an official announcement, Creamer cited this branding guideline from the Blue Jackets for the 2018/19 season that featured the cannon jersey.

Was really hoping for a new third, but I do like the Cannon jersey, and the new font is a big improvement. pic.twitter.com/UDwvVbxhXW

Sat down to play video games came back to the rebirth of the cannon jerseys. Maybe hockey is good??