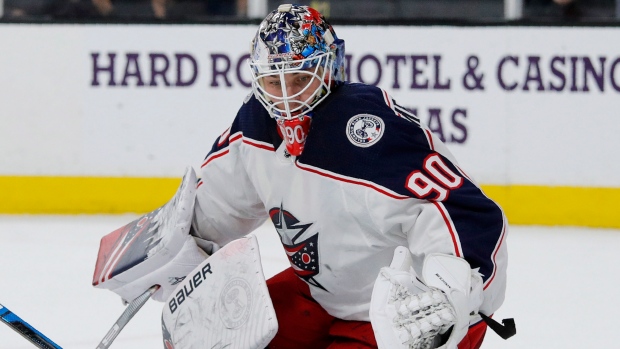 It's unfortunate to see one of your own go down, and everyone extends their well-wishes to Joonas Korpisalo, who fell injured on Dec 29th. A knee injury resulted in surgery for Korpisalo, which means he's going to miss several weeks.

Enter Elvis Merzlikins, who is taking advantage of the opportunity to prove himself.

The 25-year-old recorded his first career shutout this past weekend against the Vegas Golden Knights, and on Tuesday night he was up to it again as he blanked the Boston Bruins for his second straight shutout. Shortly after the game the Blue Jackets' social media team added to the win by sharing a hilarious video.

As you probably already guessed, the fans loved it.

Merzlikins improves to 6-6-4 with the win and owns a .921 save percentage and a 2.53 goals against average.