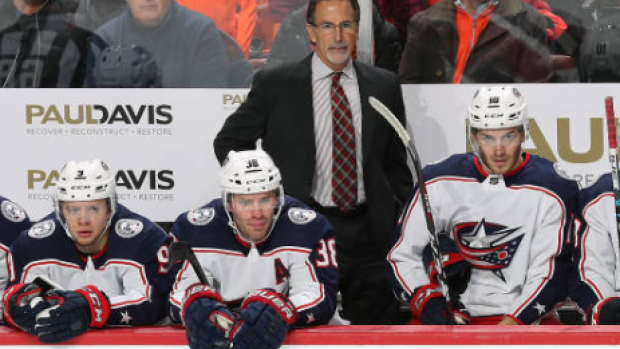 The Columbus Blue Jackets are letting it be known that one of their core values is loyalty.

Ahead of their home opener against the Toronto Maple Leafs, the Blue Jackets released a video on their social channels that was played on the jumbotron at Nationwide Arena headlined by the word "loyalty."

Columbus Blue Jackets with a "LOYALTY" slogan on their video scoreboard ahead of their home opener pic.twitter.com/O6r80FfPfQ

The video was made remixing Kendrick Lamar's "Loyalty" song.

After rumours floated around all of last season that Bobrovsky and Panarin would be leaving in free agency, the Blue Jackets opted to "go for it" by upgrading their roster in the form of Duchene and Ryan Dzingel from Ottawa, who signed a contract with Carolina this summer.

The team is undoubtedly using this as a motivational tactic and identity builder going forward.

Earlier in the summer, Blue Jackets head coach John Tortorella voiced his displeasure to Aaron Portzline of The Athletic about the aforementioned players leaving the hockey club

“Don’t talk about god—- winning, like you want to go somewhere to win. It’s right there in front of you,” he said. “I respect them all. But I don’t want to hear “I want to win” when it’s right f—— here. I respect them, but I’m really pissed. It was right there, where we were really progressing.”