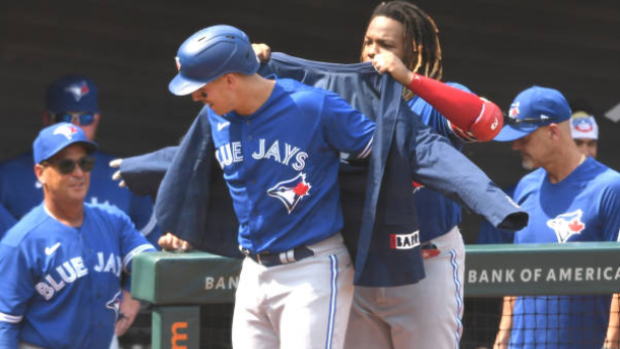 Is this a useful stat? Absolutely not. Is it a fun stat, especially for those that reside north of the border and cheer for the Toronto Blue Jays? Absolutely.

Can you think of a better exclamation mark on a three-series run like that than a 22-7 victory?

We don’t know about you, but we’re feeling 22! @TeoscarH 😉 pic.twitter.com/EK0i9zr9wy

Adding Sunday’s game to the double-header on Saturday, the Blue Jays have had 44 players cross the plate in the last 24 hours.

The @BlueJays have scored 44 runs in the last 24 hours! pic.twitter.com/nLd1JSB9kT

The 22-spot came on a day when the NFL kicked off for most teams, and we couldn’t help but notice something. Following the early window of games that began at 1pm ET, the Jays’ 22 points were more than HALF of the NFL teams in action.

After that, the late window rolled around. Of the eight teams in action in the 4pm ET slot, four of them didn’t reach the 22 point mark (Giants, Patriots, Dolphins, Packers).