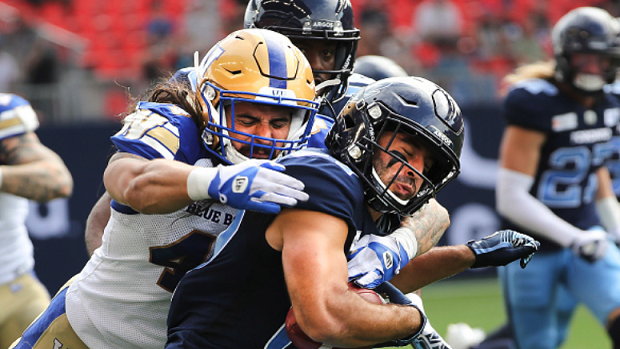 The Winnipeg Blue Bombers have been in a league of their own all season as they entered Friday night’s tilt with the Edmonton Elks with a league-best 7-1 record.

As of Friday night, Winnipeg is the only team in the CFL that has scored more than 200 points so far this year, and they’re closing in on a +100 point differential as they also entered Friday’s game with just 107 points against.

The Bombers have been impressive at every single position this year, as the standings say it all, but their defence has been on another level when it comes to playing in the 4th quarter.

It’s going to be real tough to stop the defending champions this season.