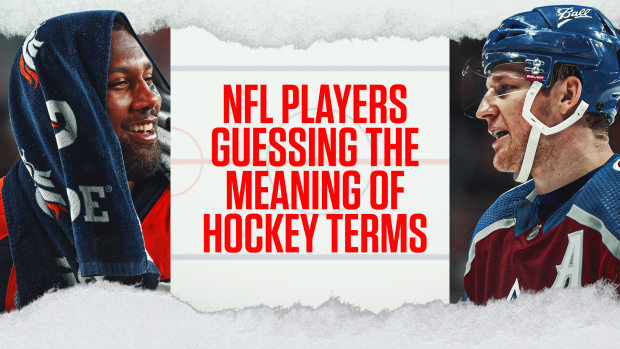 The Colorado Avalanche are so close, they can almost taste it.

The Avs have been as scary a team as there is in the NHL for a number of years, but their talented core hasn’t been able to culminate into a Stanley Cup title. Now, the Avs are two wins away from their first Stanley Cup Final appearance since they won it all back in 2001.

It’s safe to say Cup fever has been ramping up in the state of Colorado. That excitement has made its way into another Colorado sports team; the Denver Broncos!

During Game 2 of the Western Conference Final, at least seven members of the Broncos were in attendance. That includes incoming star quarterback Russell Wilson, along with a slew of youngsters that were either drafted in April, or just beginning to make a name for themselves in this league.

things you love to see 🤗 pic.twitter.com/YG5RZxEbmH

On top of the players, eccentric new head coach Nathaniel Hackett helped get the crowd going with his infectious energy.

Broncos head coach. I wonder if he knows he’s wearing a Makar…. pic.twitter.com/XhdyUzjbe4

While in-arena content is great, we haven’t even arrived at the meat and potatoes yet. The funniest piece of content to come out of the Broncos hopping aboard the Avs’ bandwagon is undoubtedly when Phil Milani presented them with various hockey terms and asked to guess the definition.

.@Avalanche — we hope you light the lamp, hit the 5-hole, avoid the sin bin, don’t lose any chiclets and maybe drop your mitts.

Here’s to putting the biscuit in the basket many times tonight! pic.twitter.com/CIjo19ETZu

These may seem like well-known terms to us well-versed in the world of hockey, but clearly they don’t translate over to other sports very well.

Well, saying that, everyone seems to know what “drop the mitts” means.

This is everything to us.