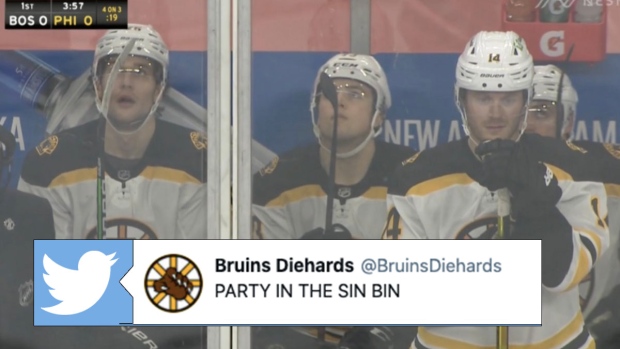 Remember when this happened?

The Bruins faced off against the Flyers tonight for some Friday night fun, and though the game only ended 2-1 in favour of the Bruins, the scoresheet was definitely full to the brim.

There was a whole lot of funny business happening all game long, and at one point, the Bruins’ penalty box looked like this:

What's up guys, you got room for one more? pic.twitter.com/fd7ZpMYnaz

Of course, Twitter had a hay day with this one.

PARTY IN THE SIN BIN pic.twitter.com/1jBmWapfea