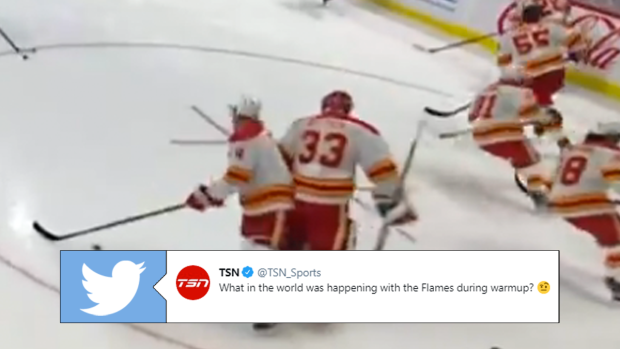 On game day, NHL players are creatures of routine. That may come in the form of a pre-game nap, or perhaps a specific meal, but there’s no place more routine-oriented than the window of time allotted to warmup.

While preparing to take on the Ottawa Senators for the 3rd consecutive game, the Calgary Flames warmup was anything but routine.

What in the world was happening with the Flames during warmup? 🤨 pic.twitter.com/RdNdvApUdM

That was an absolute comedy of errors. Did someone spike the Gatorade or are they just out of sync?

Regardless, the Flames managed to make it through the 1st period unscathed with a 0-0 tie. We’ll just blame the Tkachuks.