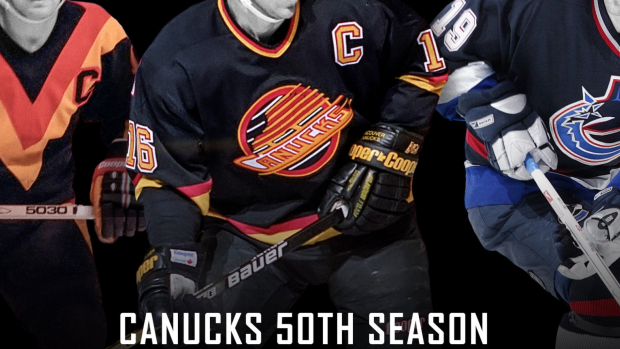 Last week, the Canucks announced they'd be holding a fan vote to decide which of three classic jerseys they'd bring back for select nights during the 2019/20 season.

All three jerseys in contention were great at one point, but after tallying up the votes, it was clear that there was one jersey fans wanted to see make a comeback more than the others.

With an overwhelming 70% of votes, the Flying Skate is back for select nights in the 2019.20 season! #Canucks50

Both these jerseys coming back. Gods Plan pic.twitter.com/K21PbUJmaR

Still remember when my parents bought me the Flying Skate #Starter @Canucks pullover jacket. Literally one of the greatest days of my life.

Oh man my son is ready to go! pic.twitter.com/wb29PeYvd8

The hard part now will be waiting as the Canucks will only be wearing these for select games in the 2019/20 season, not next season.