The Canucks’ young talent is one of the most exciting things about the NHL right now.

You’d be hard-pressed to find a team with a more lethal mix of young, developing, and electric talent than the Vancouver Canucks. Their team proved they could compete with the best of ‘em in this year’s Stanley Cup Playoffs, and the best part is, they still have so much room to grow into a championship team.

Just how good could they get?

Pretty darn good, considering they pulled off a feat that no team has since the late 60s and early 70s.

Brock Boeser, Elias Petterson, and Quinn Hughes were all nominated for Calder Cups in consecutive years, and it’s only the third time – ever – that this has happened. 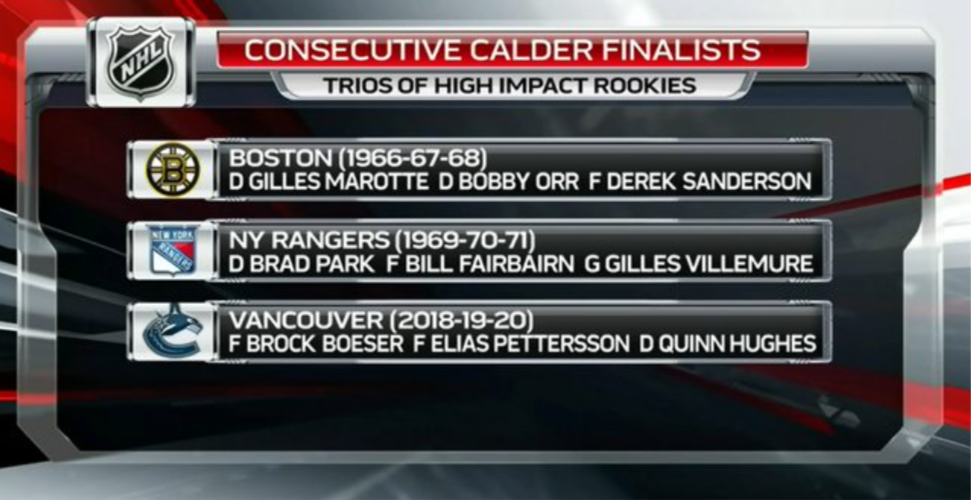 Will the Canucks young talent propel them to Stanley Cup glory sooner than some think?

Let us know what you think @BarDown!