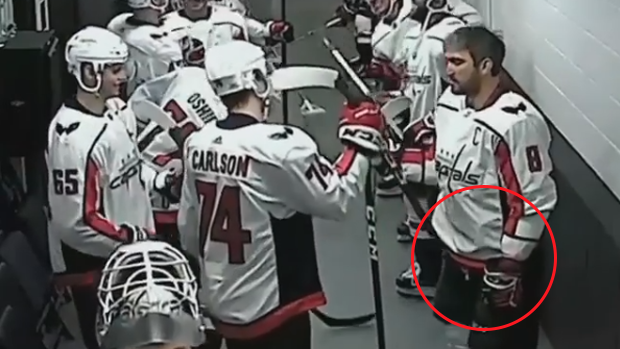 On basically every professional sports team in North America you’ll see intricate and unique handshakes between teammates that they’ll use, for the most part, before a big game. Some of them are almost like choreographed dances, with steps and moves and spins, and others just hit each other where the sun don’t shine.

The Washington Capitals’ unique handshake falls in the latter half of that group.

The #Caps have some interesting pre-game rituals. #JayAndDan

We’ve all seen cup checks in hockey before, but this is more like Ovi standing there and bracing himself while Carlson hammers away at his cup with the butt-end of his stick. We think the Bruins have the right idea on this one: Stick to handshakes.

They’ve even been able to get theirs synchronized to the point that it looks like it should be an Olympic event.

Who would you do this with? pic.twitter.com/mHg9McYEt0