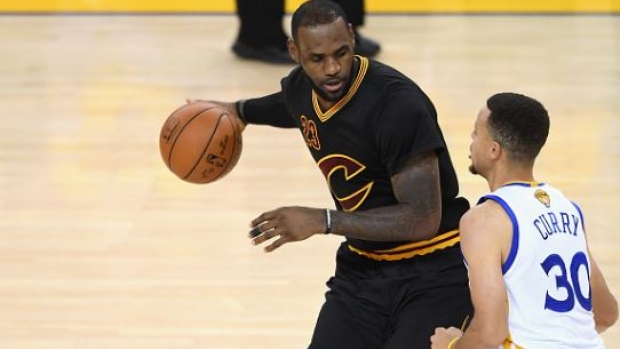 It’s pretty obvious that the Cleveland Cavaliers and Golden State Warriors don’t like each other, and rightfully so.

A couple of weeks ago, Stephen Curry liked a post on Instagram that was centered around the Cavaliers’ recent struggles.

It turns out that was just another chapter in the book of bad blood between the two squads as the Cavaliers added to it on Saturday night.

Ahead of Game 1 between the Cavaliers and Pacers, the Cavs hit the court for warm-ups with Drake’s ‘Free Smoke’ and added their own touch to the song.

The Cavs muted the word "Oracle" when they played Drake's "Free Smoke" during warmups today 😱 pic.twitter.com/ZmqvP07isT

Whoever was in charge of the Cavaliers’ warm-up music stepped up in a big way and had the word ‘Oracle’ muted in the song.

They also made sure to get rid of Kevin Durant and Steph Curry references from the songs as well.