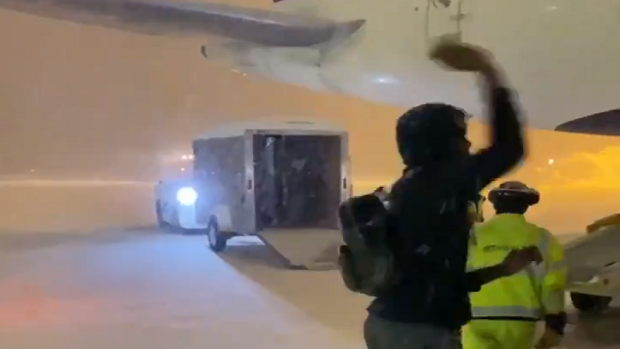 For most Canadians, and people who spend the majority of their year unable to feel their toes in general, snow loses its magic pretty quickly.

It's all fun and games for the first week or so, but by month six of snow? It usually loses its charm.

Luckily for the Boston Celtics, the world is still in its 'honeymoon phase' with snow, and Enes Kanter made full use of the first-snow feeling when he started a snowball fight with his teammates at the airport last night following their game.

Kanter is giving off some serious Buddy the Elf vibes here, and we would have loved to have him on our side at recess as kids.