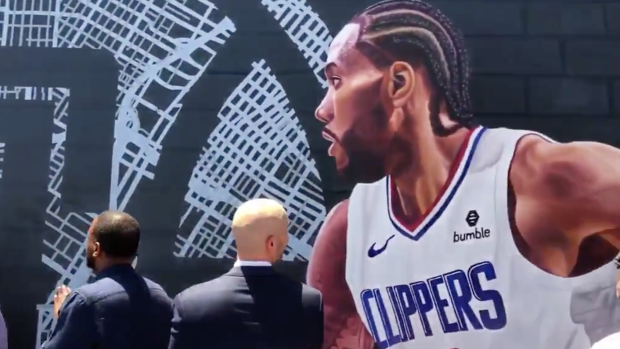 Murals seem to be popular in the basketball world and we saw that first hand in Toronto during the Raptors' remarkable run to the NBA Finals.

After each round and big moment, murals of Kawhi Leonard and company seemed to pop up all over the city.  The murals are now following Kawhi to Los Angeles, though, as the Clippers unveiled one of him and Paul George on Wednesday.

The #LAClippers unveil a mural for Kawhi Leonard and Paul George pic.twitter.com/g7x9GbtQQg

George and Kawhi were introduced as members of the Clippers for the first time since being traded and signing with the team (respectively), and it was nice of LA to surprise them with such an amazing piece of artwork.

Speaking of amazing pieces of artwork, the murals in Toronto of Kawhi are just some of the many things we'll have to remember the amazing moments from this past historic season.

A Kawhi mural of his iconic Game 7 shot just popped up outside of one Toronto store. 👀 (🎥: IG/gametimeash) pic.twitter.com/LuroeX0CgB