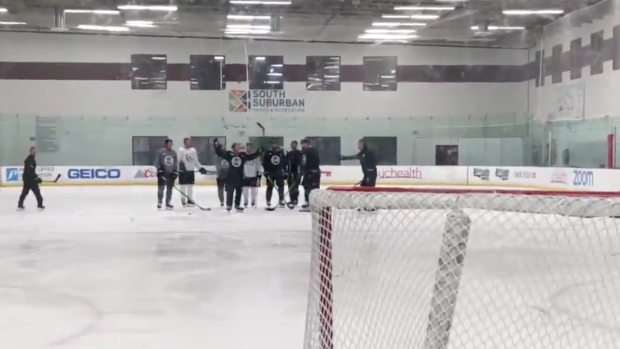 The Colorado Avalanche have been battling through injuries to some of their top players for most of the season thus far, yet they've still been able to win games and maintain a top-two spot in the competitive Central Division.

It seems as though the Avalanche are finally getting healthy and they're having fun during games, as well as practice.  Monday the players participated in an empty net challenge from centre ice, but there was a catch as the net was on an angle.

Now Willy Wonka, uh, Jared Bednar has them playing another game where they shoot from center ice into an empty net ... but an angle. #Avs pic.twitter.com/q7TGFVK2jS

It appears as though going BarDown might have been part of the challenge, but nonetheless a fun challenge to say the least!

Colorado has won three straight games and they got some more good injury news as it appears captain Gabriel Landeskog could be returning this week.

In other #Avs injury news:

-Matt Calvert could be a possibility for Toronto.
-Mikko Rantanen had a day off and will play next game.
-Gabriel Landeskog will be on the trip.
-Andre Burakovsky worked out today and could join at the end of the trip.