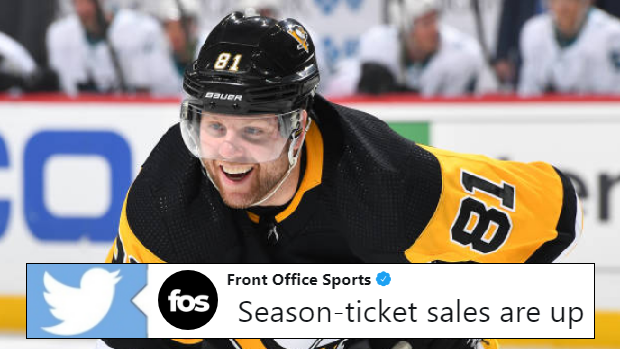 Phil Kessel is more than just a hockey player. We’re talking about ‘The Thrill’ here people, one of the strangest, but most intriguing personalities in NHL history. So, it’s no surprise that ticket sales in Arizona have skyrocketed since the Coyotes acquired him and a 2021 fourth-round pick in exchange for Alex Galchenyuk and Pierre-Olivier Joseph on June 29th.

Per AZ Central’s Richard Morin, statistics obtained by The Republic revealed “season-ticket sales are up 600% compared to the same week last summer, including a 550% increase in all ticket sales.” Arizona finished just outside of the playoffs (despite a boatload of injuries) but third last in average league attendance at 13,989.

After years and years (and years) of rebuilding, the Coyotes are making it clear that they’re finally ready to contend in the Western Conference. He should see time on the top line along fellow American centre Derek Stepan and from the looks of it, fans are already fired up about their newest goal-scorer.

Finally healthy and stronger than last year, the dogs should be pretty hype in the desert this upcoming season. We’re sure Phil will find some ways to make headlines in his fourth NHL home.