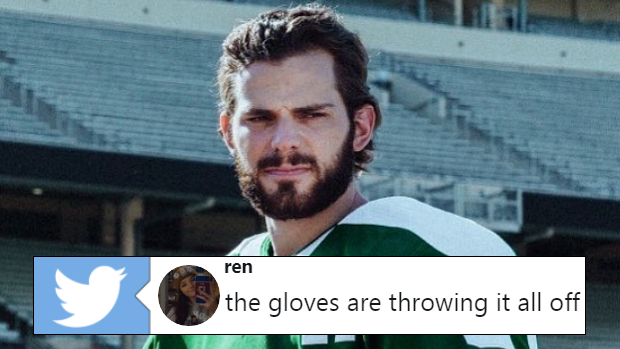 We have a new Winter Classic jersey to report.

On Wednesday morning, the Dallas Stars officially unveiled their 2020 Winter Classic uniforms. November 6th is significant as it marks the 78th anniversary of the first game played by the Dallas Texans of the American Hockey League, per NBC Sports. The two jerseys look nearly identical, however the Texans colour scheme was white and red back in the day.

Fans had very mixed reviews of the new unis:

the gloves are throwing it all off

I was super skeptical, but I'm a fan. The gloves are an awesome touch. Please use these uni's for other games this season!

I think I'd still prefer black gloves, but cool jersey!

Why are the gloves yellow 🤔

There’s are 🔥🔥🔥 so classic and rad

These are great!!! My favorite are the old home whites from 99, but these are super cool.

Yikes ! Only thing about these pics / threads we like is .... @tseguinofficial 😁

Breezers should match the gloves

The Stars weren’t the first Winter Classic squad to release their new threads. The Predators dropped their's over the weekend and it kind of looks like a college sweater…

The Predators’ Winter Classic uniform is a throwback to Nashville hockey from the 60s. 👀 MORE @ https://t.co/Nux0NvELJy pic.twitter.com/B6pt1YJtuZ

The two teams will square off on New Years day in the Cotton Bowl in what’s sure to be a heated game. So… which jersey are you more into?