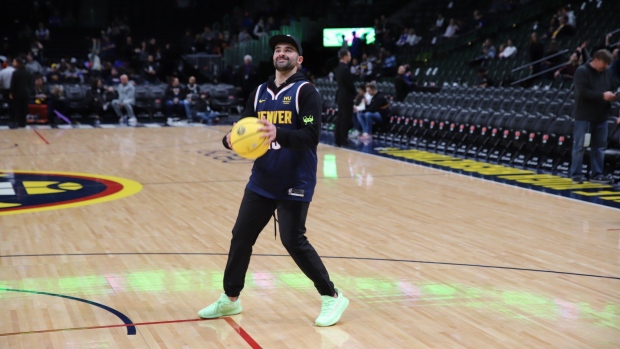 Before every game, the Denver Nuggets have a ceremonial first shot often featuring former players and other celebrities to kick things off for the night, and on Sunday, we got a glimpse at Avalanche centre Nazem Kadri’s shooting stroke.

Naz was looking good in warm-ups, but when it came time for the big moment, no luck as his shot bricked out left.

The Nuggets had Nazem Kadri take the first shot of the night... better luck next time, Naz 😅 . (🎥: @coloradoavalanche)

Nazem Kadri was all smiles for the Western Union First Shot at the Nuggets game tonight.#MileHighBasketball #GoAvsGo pic.twitter.com/ionqXeYBCZ

Nazem Kadri is at the Nuggets game tonight for the Western Union First Shot.#MileHighBasketball #GoAvsGo pic.twitter.com/sIGO119sVJ

No worries. When it comes to shot-making, that’s what the Nuggets have Jamal Murray for. Kadri can stick to puck, and we think the city of Denver will be grateful enough for his contributions.

(He does want another shot, though.)