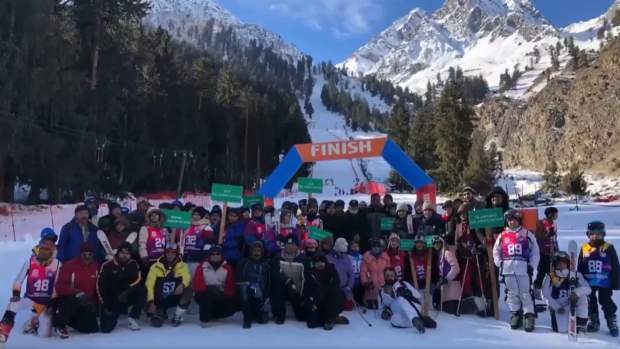 Key to the appeal of the World Juniors is the opportunity to showcase hockey talent from around the world, including in areas that are traditionally lesser-known in the sport — look no further than Kazakhstan this year, which has garnered support from Canadian fans in attendance in the nation’s first year back at the tournament since 2009.

Pakistan, however, is still working their way to that level. The country just held its first ever ice hockey game on Saturday, and judging from visuals of the game, it was quite the scene. The game was held at the breathtaking Naltar ski resort in Pakistan.

First ever Ice Hockey Match of Pakistan was played today, in Naltar. The match was played between the teams of Pakistan Air Force and GB Scouts. Players from both the sides showed some extraordinary skills. pic.twitter.com/8Vc7RHsDjs

Although ice hockey is new to Pakistan, the country does play a similar sport called ‘ghatal,’ which is played with two sticks and a ball. Interestingly, field hockey is the national sport of Pakistan, and the country boasts one of the top national teams in the sport, so maybe it’ll be a short learning curve to transition to ice.

Just think: Give it some time, and there could one day be Pakistan chants at the World Juniors, just like there were for Kazakhstan through the first few days of this year’s tournament.